Before and during the upcoming Virginia General Assembly session APV will be posting updates on bills we’re watching. Check in to see what we support and what we don’t. 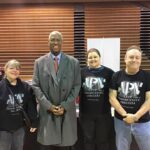 Our condolences go out to the family and friends of Virginia Comgressman Donald McEachin, who passed away this week. Congressman McEachin served his district, the Commonwealth and the nation with great dignity and skill. He was a champion for human rights and worked tirelessly on envitonmental issues. He will be missed.

With APV Staff at the Arthur Ashe Center in Richmond. 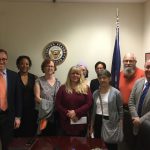 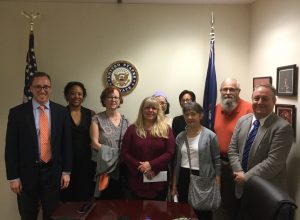 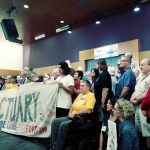 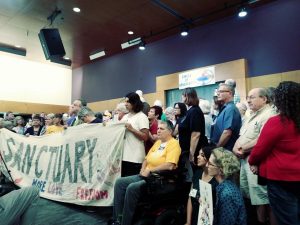 “Each generation is called to judgement by history, so far ours hasn’t made much of an accounting of ourselves. We are faced with a cynical, corrupt and morally bankrupt administration that seems to have no floor to its behavior. We are asking our fellow citizens to stand up against this incompetent, childish tyrant. We know which side we’re on, do you? Join us… be counted.”Scott Price, speaking to reporters after the Wednesday Press Conference.
1 2 … 13 Next →